This school photo was given to Marina Alexander by Ann Gilchrist.  Ann thought it might have been taken in the 1930’s.  She has named the people but is unsure which is which of the Thomson brothers from Beldorney – maybe someone can identify them? If so please add a comment below. You can click on the image for a larger version. 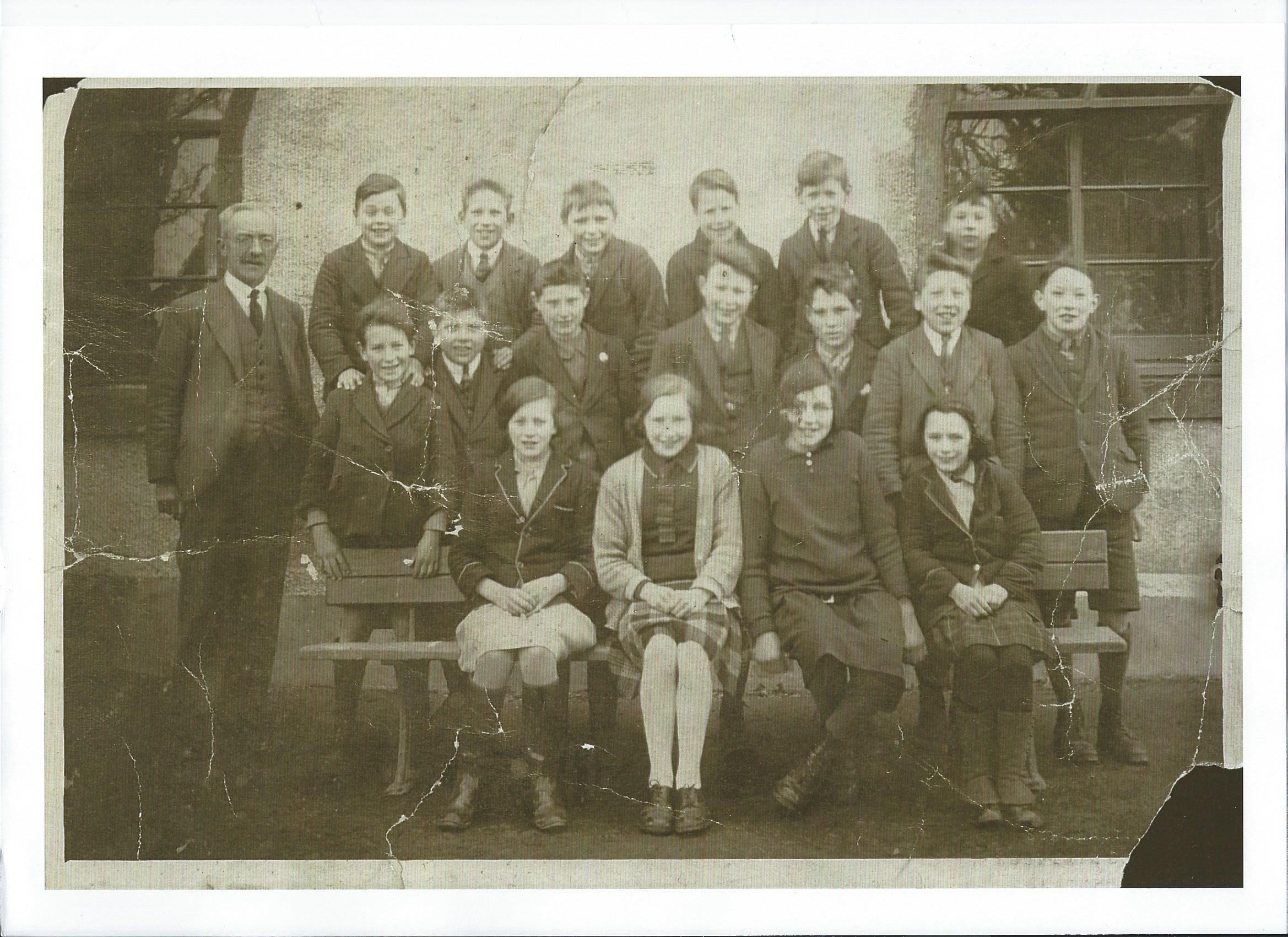