Glass was one of the first parishes in the north to which members who had receded from the Established Church formed an independent body which was afterwards merged in the Free Church.  This took place in May 1841 in consequence of the deposition of the Rev John Cruickshank and his six brethren of the Strathbogie Presbytery for the action they took in the famous Marnoch case.

The general Assembly of 1843 recalled the sentences of deposition but already Mr Cruickshank had done to his rest.

In 1841 a temporary wooden structure was erected on the north side of the river and this sufficed til 1845 when the present neat and commodious church was built on a site granted by the Trustees of the Earl of Fyfe.  3 years ago the edifice was renovated internally at a cost of £200.  A railed enclosure in the parish graveyard contains two headstones to the first incumbent and his family which are inscribed thus:

Sacred to the memory of Isabella Davidson the beloved spouse of the Rev. James Macdonald, the Free Church minister Glass who departed this life on the 8th March 1861 in the 53rd year of her age.  Sincerely and deeply regretted by her bereaved family.

Rev James Macdonald who was ordained in 1843 was held in much esteem by his congregation and by the parishioners generally.  Of the family two daughters still survive – Jessie, who married Rev George Rose, formerly of Bucklyoie, but now resident in Aberdeen and Jeannie who is unmarried.  He was succeeded by the Rev Duncan Macaulay, M.A. in December 1876 and he in turn was succeeded by the Rev John Niven, D.D. the last incumbent.

The flourishing church and its Ministers and Members served the Parish of Glass until 1933 when the two congregations – Glass Church and the UF Church joined together.

In 1934 Mr John Ingleby, Invermarkie Lodge, purchased the UF Church and Manse.  The Church was dismantled and the Manse retained.

History
The minister of Glass was one of those deposed in the Strathbogie case. The congregation had practically left the Establishment before the Disruption, and enjoyed regular supply. Church and manse were erected in 1845. The congregation suffered through depopulation and changes in tenancies of farms.
Membership: 1848, 184; 1900, 134.
Source: Annals of the Free Church of Scotland, 1843–1900, ed. Rev. William Ewing, D.D., 2 vols. pub. 1914.

Rev. Duncan Macaulay died Feb. 1931.  Mrs Duncan of Mains of Edinglassie was a daughter, she was born in 1879, the day of the Tay Bridge disaster (28th December)

28 Feb. 1913 A social gathering at the Free Church.  Among those performing was Edith Gordon: Mary Duff (Nether Hilton) and Bessie Robertson.

The Union of the Established Church of Scotland and the Free Church was consummated at Edinburgh 2 October 1929.

Photo below of the Manse and the Free Church – date unknown 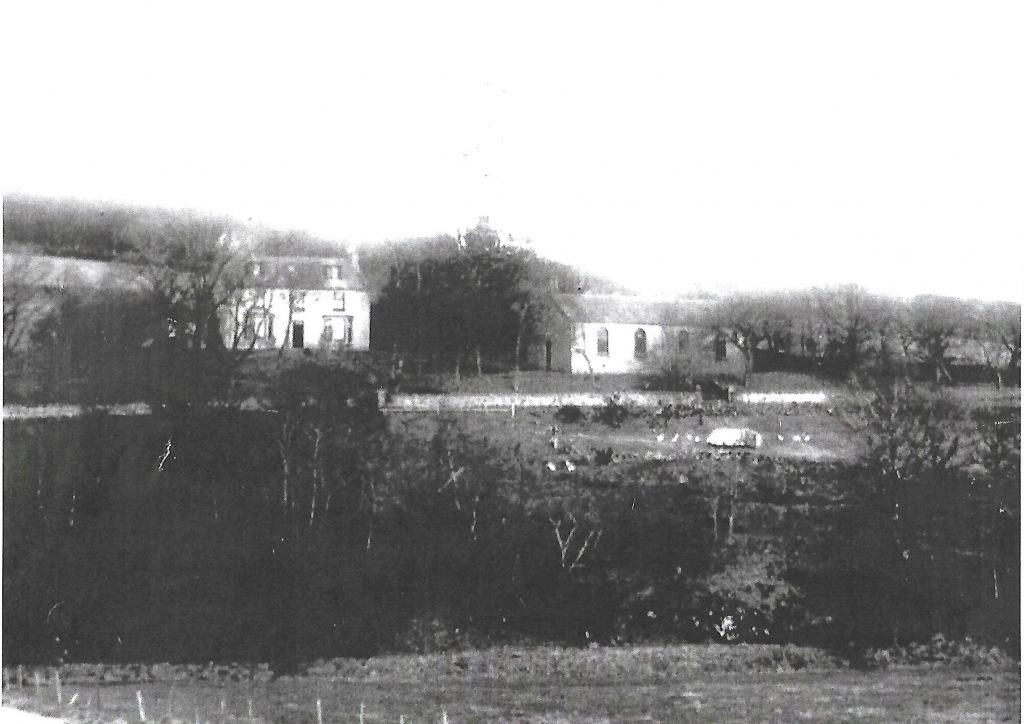 Photo below is kindly provided by Brian Shanks April 2019. 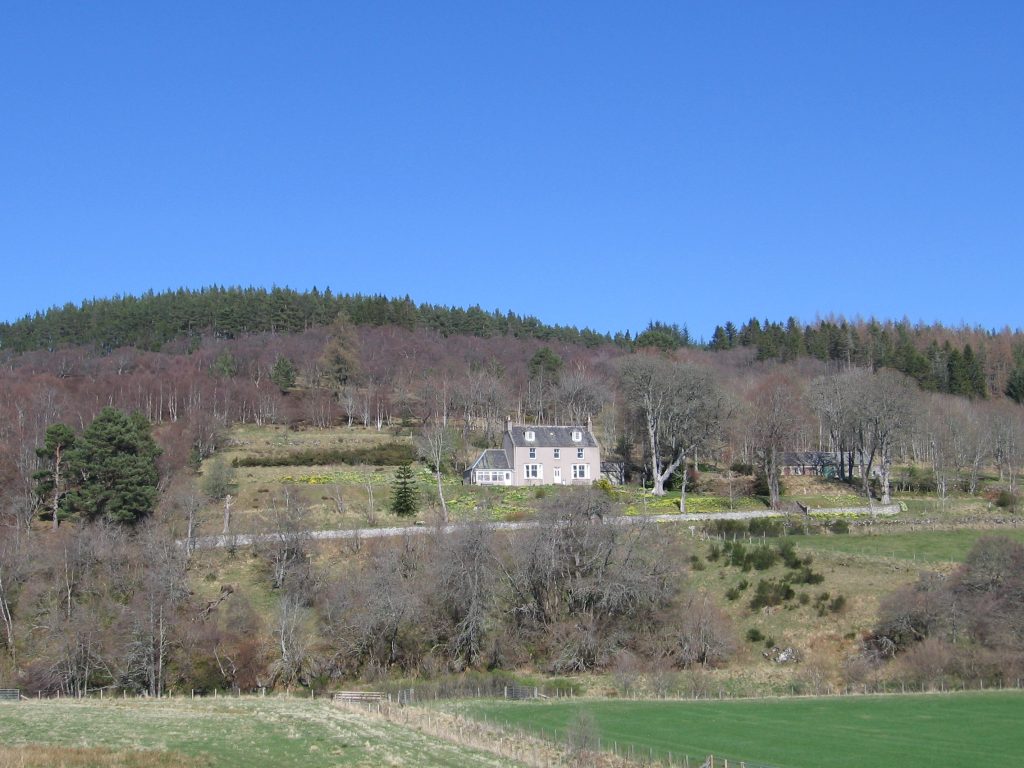